Back to main NCCO site

Panel: “Ensembles in the Collegiate Curriculum” 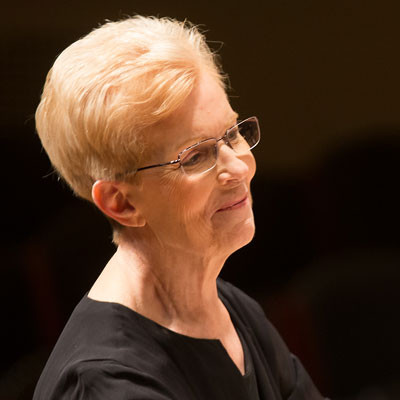 Ann Howard Jones is professor emerita of Music at Boston University. During her twenty-two years as director of choral activities, she founded and conducted the Symphonic and Chamber Choruses, supervised conducting students in the Concert Chorus and Women’s Chorale, taught graduate choral conducting, and administered the MM and DMA programs in choral conducting. Her musicianship, integrity, and influence are present in every corner of the country through the numerous academic appointments of her former students, the transformative experiences of musicians under her baton and a generation of enthusiastic concertgoers.

From 1984 to 1998, Dr. Jones was the assistant conductor to the late Robert Shaw and the Atlanta Symphony choruses. She sang and recorded with the Festival Singers both in France and in the U.S. The Festival Singers were also represented in annual performances of major works for chorus and orchestra at Carnegie Hall in a series of performance workshops.

Choruses at Boston University have been invited to appear at convention of the American Choral Directors Association (ACDA) in Boston, New York City, and Providence. Among the honors that Jones has received are the coveted Metcalf Award for Excellence in Teaching from Boston University, a Fulbright professorship to Brazil, and a lectureship for the Lily Foundation. At the ACDA national conference in 2011, she was named the recipient of the Robert Shaw Choral Award for Distinguished Service to the Profession, the highest award given by the association. In 2012 she received the Distinguished Service award from Chorus America, and in 2015 she received the Lifetime Achievement Award from Choral Arts New England. 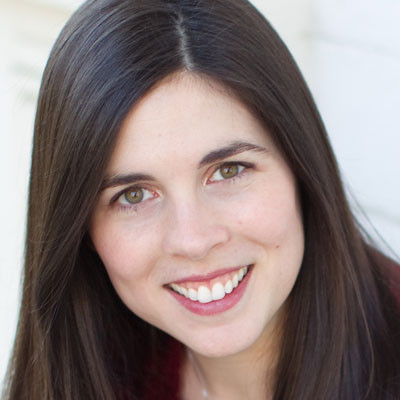 Under her direction, the University Chorale at WMU received 2nd place in the 2013 American Prize and was invited to perform at two ACDA conventions and the Michigan Music Conference. In 2017, the University Chorale won three gold diplomas and the Grand Prix of the Kaunas Cantat, and Adams received the Director’s Prize for exceptional conducting. In 2014, she premiered and professionally recorded Paul Lansky’s cantata, Contemplating Weather for Bridge Records. Adams was a Conducting Fellow in the 2015 International Conductors Exchange Program and presented at the Nordic Choral Conference. She is a presenter for the 2017 World Choral Symposium in Barcelona.

Adams was previously the Director of Choral Ensembles at Mount Holyoke College. Adams holds BA (religion) and BM (vocal performance) degrees from Oberlin, the MM (choral conducting) degree from the Yale School of Music, and a DMA (choral conducting) from the University of Wisconsin-Madison. Adams has served on the boards for both Massachusetts and Michigan ACDA and is an active guest conductor, adjudicator, and clinician. 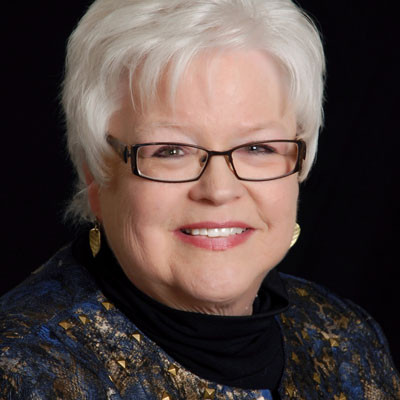 Professor Karen Brunssen , Bienen School of Music, Northwestern University, Associate Professor of Voice/Co-Chair of Music Performance. She is President-Elect of NATS (National Association of Teachers of Singing), was Program Chair for the 2016 54th NATS National Conference in Chicago, and is a member of the esteemed American Academy of Teachers of Singing. Karen is a frequent clinician, master teacher, and adjudicator; 2017 International Congress of Voice Teachers in Stockholm, International Symposium on Singing and Song in Newfoundland in 2015, 2016 ACDA Central Region Conference in Chicago, Podium2016-Choral Canada, 2015 National ACDA Conference, 2014 and 2012 NATS National Conferences, 2012 and 2011 NATS Workshops, Classical Singer Conferences, Association of Teachers of Singing in England, Opera America, and Chorus America. Presentations are often based on her articles, "The Evolving Voice: Profound at Every Age," (Choral Journal, February 2010) and "One Voice, One Life: Many Changes Throughout a Lifetime of Singing" (Choral Journal, February, 2017) that chronicles age appropriate expectations for vocal development throughout life. She is a consulting editor for Plural Publishing, and has done many residencies at Cambridge University and returns regularly to the Zürcher Sing-Akadmie in Zurich, Switzerland. In 2013, she received the Weston Noble Award from Luther College. 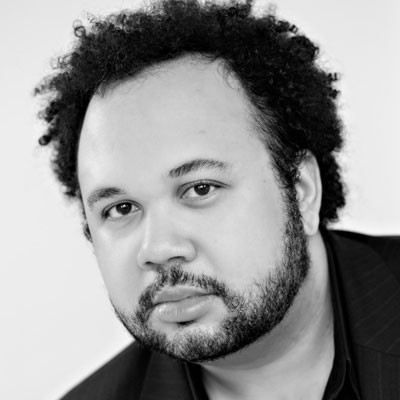 From 2011 to 2015 Dr. Harris served as Director of Choral Ensembles and Assistant Professor of Conducting at the Oberlin College Conservatory of Music, where he conducted the Oberlin College Choir, Treble Ensemble, and Musical Union, taught choral conducting and literature, and founded the Oberlin Summer Conducting Institute. He has also served on the faculties of Oakland University (Michigan) and the University of Cincinnati College-Conservatory of Music.

In 2006 Harris received two Grammy Awards (“Best Choral Performance” and “Best Classical Album”) as a choral director for the critically acclaimed Naxos recording of William Bolcom’s monumental Songs of Innocence and of Experience. 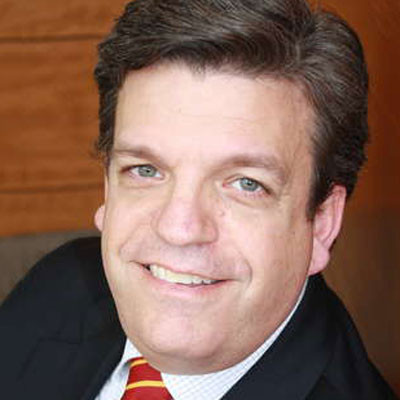 Versatile artist, teacher, arts administrator, and baritone Allen Henderson is currently executive director of the National Association of Teachers of Singing (NATS), the world’s largest professional association of voice teachers, supervising a talented staff in promoting continuing education for voice teachers; publishing a recognized scholarly journal, Journal of Singing; and promoting voice education among a wide array of constituencies, from recreational singers to voice educators and medical doctors. He is also professor of music at Georgia Southern University where he teaches voice and foreign language diction. He holds degrees from Carson Newman College (BM), The University of Tennessee (MM), and the University of Cincinnati’s College-Conservatory of Music (DMA) where he was winner of the prestigious Corbett-Treigle Opera Competition. As baritone soloist, Henderson has appeared in concert, opera, and oratorio throughout the country and has directed choirs at Oklahoma Baptist University, Austin Peay State University, in churches in Ohio, Tennessee, Oklahoma and Georgia, and is currently director of music at First Presbyterian, Statesboro, Georgia. He has been a speaker at numerous conferences including NATS, ACDA, NOA, MTNA, Opera America and other national and international conferences. He is also executive editor of the So You Want to Sing… series. 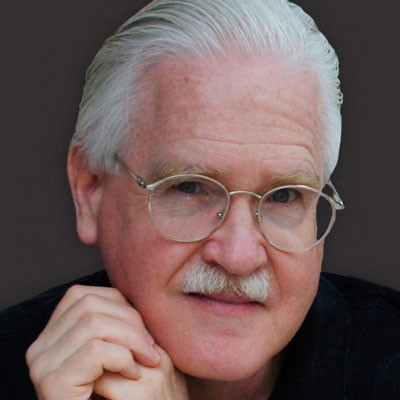 Since 1994, William Weinert has served as Professor of Conducting and Director of Choral Activities at the Eastman School of Music of the University of Rochester, where he conducts the Eastman Chorale and the Eastman-Rochester Chorus and supervises the masters and doctoral programs in choral conducting. Weinert has previously taught at the University of Wisconsin-Madison and the University of Southern Mississippi, and has served as guest professor at the Staatliche Hochschule für Musik in Freiburg, Germany. He has conducted throughout Europe and the United States, as well as in the Far East. Ensembles under Weinert’s direction have performed at conferences of the American Choral Directors’ Association, the National Collegiate Choral Organization, and the Music Educators’ National Conference.

In 2007, Weinert became founding musical director of Voices, a professional vocal ensemble based in Rochester. Voices repertoire has ranged from the Bach St. John Passion and B-minor Mass and masterworks of the French and Italian baroque to works from the nineteenth, twentieth and twenty-first centuries. Since 2010 he has been Director of Music at Asbury First United Methodist Church in Rochester.

Weinert holds degrees from Oberlin College and Conservatory of Music, and the masters and doctorate in conducting from the University of Wisconsin.